In the last race of their debut season at the Circuit de Barcelona-Catalunya, lead driver Juffali and team-mate Adam Christodoulou ended their campaign strongly, taking Theeba Motorsport to a third-place finish and their sixth class podium in the championship.

The result, which came 24 hours after their third-place spot in Race One, meant they finished second overall in the class with 57 points, and sixth overall in the competition.

Juffali described the feat as a “fantastic achievement”. She said: “What a race! It feels like yesterday since we started this journey, and I can’t quite believe that Theeba Motorsport’s first season is complete. 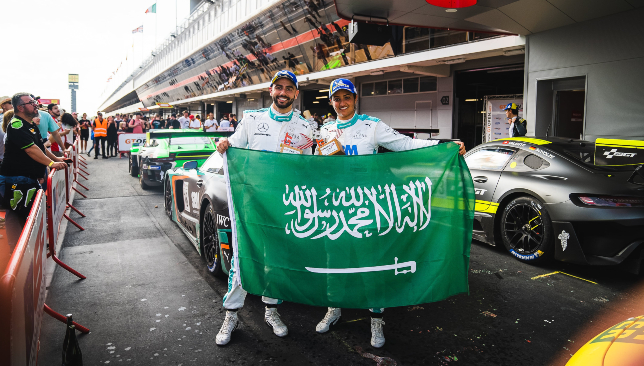 “Given the different challenges we’ve faced this season, finishing as the runners-up in the Pro-Am Championship is a fantastic achievement, and it just shows the value of the hard work that goes on behind the scenes before and after each race. I’m extremely proud of everyone.”

She added: “Adam [Christodoulou] did a great job in qualifying and drove an awesome first stint to put us in contention for the podium. With a quick stop, we managed to jump into the top three and from there, we just had to bring it home.”